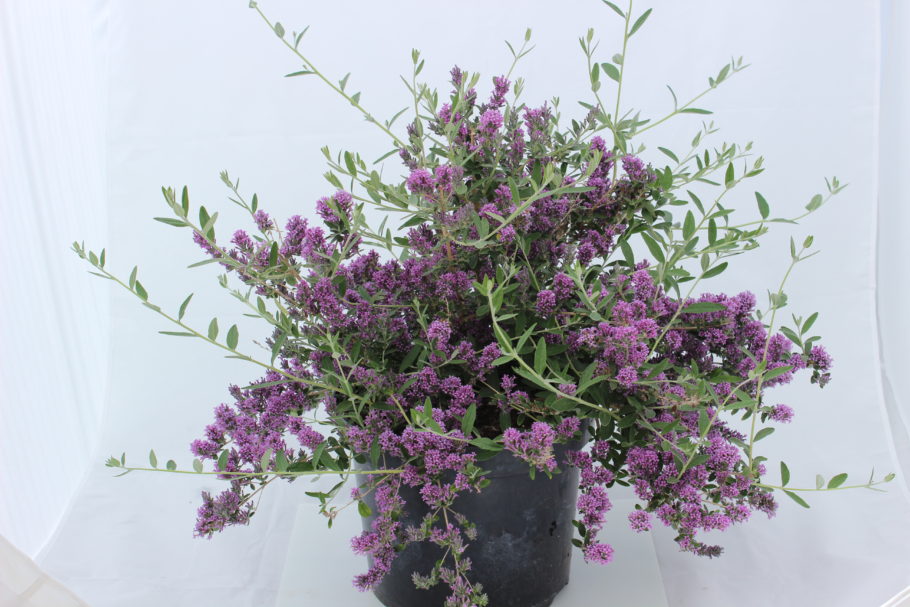 Super-scented ‘Unique’ is the first hybrid of the weeping buddleia

New buddleia varieties have been coming thick and fast in recent years (there are nine newcomers in the current RHS Plant Finder), but most are variants on the old favourites. Buddleja ‘Unique’* is, well, unique. This is the first hybrid of the weeping Buddleja alternifolia.

‘Unique’ makes a compact plant, no more than 1m (3ft) tall, its prolific clusters of lilac-purple flowers opening for a long season from June to October against attractive silvery green foliage.

The flowers are delightfully fragrant, but produce no pollen and this greatly reduces the possibility of annoying seedlings popping up everywhere. It does, however, produce nectar so is attractive to butterflies.

Buddleja ‘Unique’ was developed by Peter Moore, whose creations have featured here on a number of occasions. “Since 1982,” he explains on his website, “I have made hundreds of Buddleja crosses and the majority were rejected within eighteen months. I was taken aback when in 2009, in a batch of Buddleja alternifolia hybrid seedlings, one plant looked totally different from anything I have raised or seen before. It was this B. alternifolia hybrid flowering on the current year’s wood and not only that but flowering continues for four to five months.”

This is an ideal plant for a large patio container in a sunny place and is best pruned hard every year in March.

Buddleja ‘Unique’ is available from these RHS Plant Finder nurseries, including the RHS Plant Shop.
*The correct botanical name for this plant is Buddleja Unique (‘Pmoore12’). Commonly known as butterfly bushes, the genus is referred to as buddleia in English and Buddleja in Latin.

Back to All Posts